If you’re like me, you hate paying big money for home furnishings.

I had these crummy sears sofas that were really uncomfortable and the seat cushions always slid off the couch whenever anyone tried to get comfy on them. Sorry about the poor-quality photo; it’s the only one I could dig up of this set.

I also had just tossed out a broken bunkbed but had saved the slats and mattresses.

I decided to use those materials to build myself a temporary sectional sofa!

It was pretty basic; I laid the slats out and measured/cut/screwed together a frame. 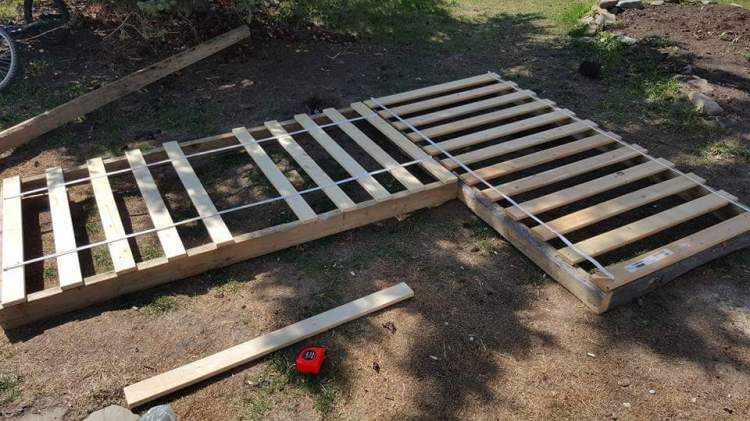 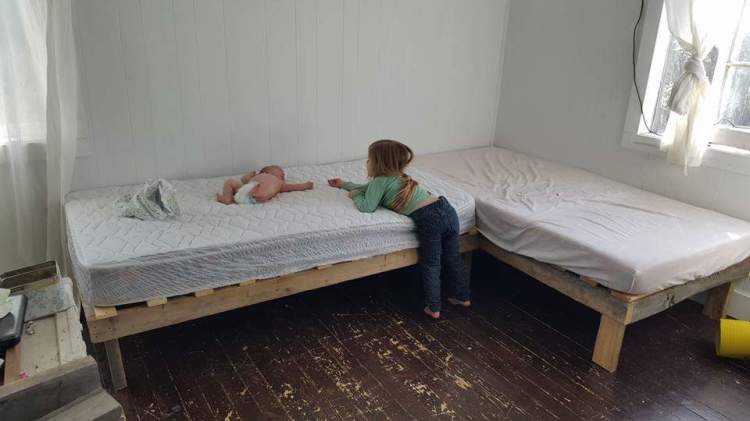 I went to the thriftstore to find some neutral blankets and throw cushions and this is what I came up with: 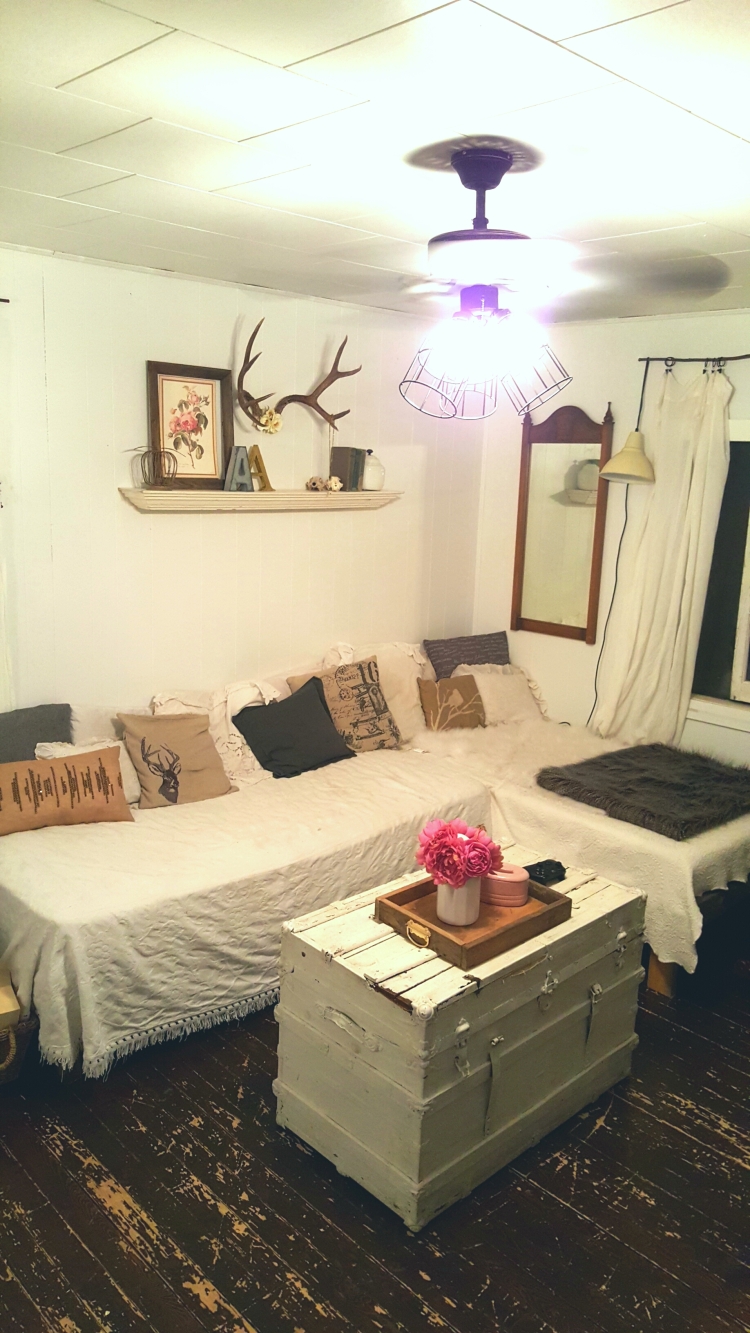 Again; terrible quality photos. I did this project over a year ago and had to dig these photos out of an old cameraphone

Total cost was for the blankets and throw pillows which was only about $30!

Not bad! I played around with the ‘boho’ look for a while after moving in my big frumpy sectional. 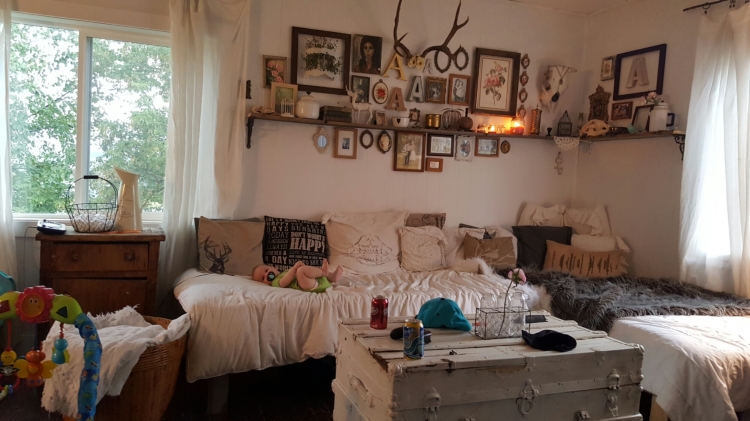 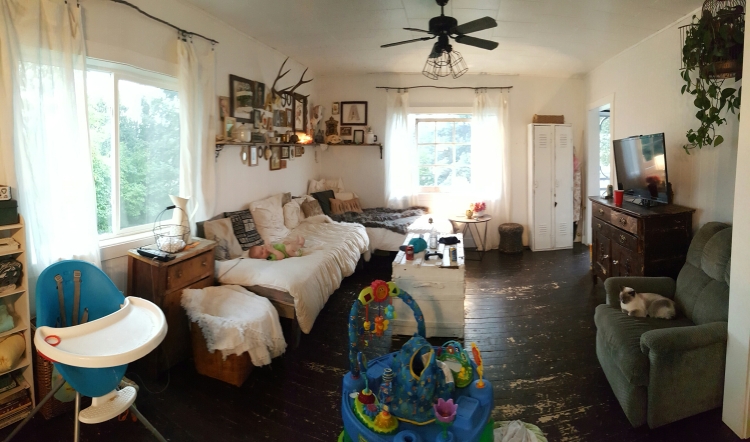 The mattress sectional served the family well for almost a year before we finally began putting a budget into designing the living room. definitely worth the cost and small effort to build. I MADE money on the transition because the old crummy Sears sofas sold for $200!

We have normal couches now but they just aren’t as easy to sprawl out on with the whole family for movie nights. I may someday attempt a second edition of this concept. Thanks for looking and Happy Homesteading Xx

One thought on “Sectional Sofa DIY”